Some people enjoy the effects of peyote, such as living in a different reality for a period of time and seeing and experiencing distortions of their environment. Some users of peyote feel as though the drug provides them with a spiritual experience, while others just want to take it to have fun, but peyote is a dangerous drug being that people using the hallucinogen do not know the proper amount to take nor how the drug will affect them.

Since peyote disrupts the serotonin in a person’s brain and disrupts their chemical balance, a user will have several departments of their brain not functioning properly. This can cause a user to have a plethora of different reactions to the drug. Some people forget their identity while on the drug, while other’s senses become altered to the point where they think they are seeing sounds and hearing visions. Some users of peyote have hallucinations of a completely different environment while other users may only see a distortion of their current environment.

Peyote contains a substance called mescaline, and mescaline is what impairs a user’s brain chemicals to cause them to have hallucinations. 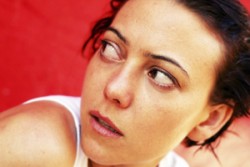 Peyote often causes people to become delusional and can lead to self harm.

According to the Center for Substance Abuse Research, mescaline causes a person on peyote to have cognitive, perceptual, and emotional experiences. These experiences will differ from person to person with factors such as, dose size, the user’s personality, their environment, their expectations, and their drug history. One of the long-term effects of mescaline that has been reported by users of peyote is a prolonged psychotic state that is similar to paranoid schizophrenia.

Peyote abuse can lead to other problems in a person’s life and if a person has a bad experience while using the drug they may harm themselves or others while they are under the drug’s influence and not even realize it.