Magic mushrooms, are a specific species of mushrooms that have hallucinogenic effects. These mushrooms contain in them two drugs called psilocybin and psilocin. These two substances, when they are entered into a user’s body, will affect the user’s nervous system and brain chemicals, resulting in them having distortions of reality and hearing and seeing things that are not real.

According to the Center for Substance Abuse Research, two related substances, psilocin and psilocybinnkk, are the hallucinogenic components that are found in more than 75 known species of mushrooms. These mushrooms are native to tropical and subtropical areas of Mexico, South America, and the United States. Most mushrooms have .2% to .4% psilocybin and only trace amounts of psilocyn.

Mushrooms can be sold illegally on the streets, or some people who know what to look for can find them, then eat them or make tea from them. Many people make a habit out of abusing magic mushrooms, but the effects of the drug can be different every time a person uses them, and they can be dangerous. Magic mushrooms will affect every person differently, and once a person takes the drug, they cannot stop the effects from occurring, which can even put other people in danger. 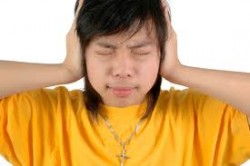 The hallucinations associated with shrooms can be very dangerous.

According to the Center for Substance Abuse Research, mushrooms affect the central nervous system by disturbing the interaction of nerve cells and the functioning of serotonin. The effects produced by psilocybin and psilocyn are highly variable and will depend on several factors, such as the type, age, and dosage amount of the mushroom used, the environment, the user’s expectations, and the user’s past drug experiences and personality.

Since the effects of magic mushrooms are unpredictable, how a person will react to the effects of the drug is also unpredictable. Magic mushroom completely impair a user’s brain chemical makeup which can cause them to have chemical imbalances in their brain once the drug leaves their system. If a person continues to abuse magic mushrooms, they may end up having permanent brain damage. A person may also experience seizures from taking the drug, and they have a higher chance of heart attack.

One of the most dangerous effects of magic mushrooms is the hallucinations, and the likelihood of a person having a bad experience on the drug. If a person is seeing and hearing things that are not real, especially if these things are bad, they may become violent or aggressive, and they may make poor decisions that put their life or the lives of others in jeopardy. All in all, the effects of magic mushrooms are can be very dangerous and life-threatening to a user without them even realizing it.