Magic mushrooms can have both short and long term effects on the user. While these may appear as nothing more than dried mushrooms, when consumed the end result will be an altered mental state, as well as the potential for some physical side effects.

Mushrooms are commonly eaten whole, while others brew these and consume in some type of beverage, such as tea.

What Happens after Consumption?

When a person consumes magic mushrooms for the first time they are unsure of what to expect. Generally speaking, the first thing a person experiences is a feeling of nausea. This is common, and typically comes before the desired mental state appears.

People take magic mushrooms because of the way it makes them feel, as it alters their mental state and can lead to unique perceptions of sound, sight, touch, and taste. Some people become paranoid and nervous while tripping on magic mushrooms.

It is the goal of every person who takes magic mushrooms to experience an enjoyable sensation. However, there is no guarantee of this happening. Many people take this substance just to find that their mental state has been altered in a negative way, leading to a variety of thoughts, anxiety, and a feeling of losing control. 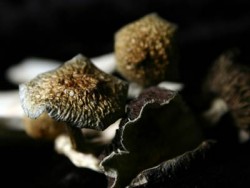 Other common short term effects include:

The effects of magic mushrooms can and will vary from one trip to the next. Just because a person experiences an enjoyable sensation one time does not mean this will be the case the next time.

The impact of magic mushrooms is based on a number of factors, including the amount consumed, the potency, and the person’s overall level of health and mood at the time of ingestion.

In some cases, short term effects of magic mushrooms can give way to long term impact such as:

Note: bad trips have the ability to last a very long time, meaning that the person will experience effects for an extended period.

When somebody takes magic mushrooms he or she needs to know what they are getting into, including both the short term effects as well as what they may experience over the long run.

The short term effects of this drug are not often considered as serious as others, but they can have a negative impact on a person, even when they are hoping for something else.