Many people that use hallucinogens, do so for recreational purposes. Those that have had a good experience (or trip) with hallucinogens enjoy the pleasant effects it gives them. Not everyone that tries a hallucinogenic drug has a good trip – many others have reported having awfully scary trips. If you are new to them, and wondering what are hallucinogens used for, it may surprise you to know that these types of drugs are not as safe as some might perceive them be.

According to the National Institute on Drug Abuse, a person that has a bad trip can experience terrifying thoughts and nightmarish feelings of anxiety and despair that include fears of losing control, insanity, or death.

What are Hallucinogens Used for in General?

As with many drugs, people that take hallucinogens do so for the effects it has on them. Those that have had a pleasant experience will often end up using them more often. Those that experience bad trips, may often not ever try them again. Hallucinogens, such as LSD and psilocybin mushrooms -being in a class of drugs that cause hallucinations- can have adverse effects on many users. In most cases, people that use hallucinogens do so for various reasons, including:

While the reasons for using hallucinogens may differ from one user to the next. Those listed above are the most common reported reasons of using these types of drugs. However, because the effects of the drugs can be so unpredictable, the safest way to avoid an adverse reaction is to not use them at all. 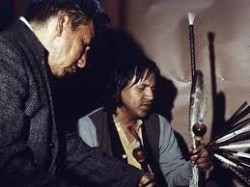 Hallucinogens are sometimes used in cultural and religious ceremonies.

Not everyone that tries a hallucinogenic drug will have a pleasant trip. Some users have reported a downright nightmarish trip. Some of the effects of these bad trips included:

Not all adverse effects that a person may experience are listed here. Some people may never experience any of the effects listed above, while others may have other reactions that are not listed here at all.

Other Uses of Hallucinogens

Historically, hallucinogens have been used in many cultures for spiritual or religious reasons, particularly to induce a detachment from reality. Today, as mentioned above people use them mostly for recreational reasons. However, according to the National Institute on Drug Abuse, hallucinogens have also been investigated as therapeutic agents to treat diseases associated with perceptual distortions, such as schizophrenia, obsessive-compulsive disorder, bipolar disorder, and dementia.