Hallucinogens, best known for the “other-worldly” effects these drugs produce, come in a variety of forms. According to the National Institute on Drug Abuse, drugs on the list of hallucinogens have psychoactive effects in terms of their ability to alter brain chemical processes and even cause permanent damage when used on a long-term basis. 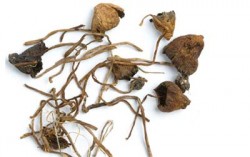 Psilocybin mushrooms are among the hallucinogenic drugs.

Hallucinogen drugs come from plants, mushrooms and synthetic concoctions made out of different chemical compounds. These variations in physical and chemical make-up produce different effects, since there’s no set formula for drug strengths or chemical consistencies.

When ingested, the most common effects produced by drugs on the list of hallucinogens include:

As one of the brain’s primary neurotransmitter chemicals, serotonin affects:

Serotonin neurotransmitter imbalances in the brain inevitably throw off other primary neurotransmitter chemical levels, such as dopamine and norepinephrine. The overall effect of drugs on the list of hallucinogens works to “rewire” brain functions in dangerous ways.

As no two doses of a hallucinogen drug are alike, users place themselves at considerable risk of developing psychological disorders, brain damage and overdose. People who use hallucinogens on a regular basis are in effect playing “Russian Roulette” with vital brain functions.

LSD sets the overall standard for drugs that make up the list of hallucinogens. LSD stands for d-lysergic acid diethylamide, a powerful mood-altering chemical that can be ingested in capsule, tablet and liquid forms. Experienced users well know LSD’s ability to produce “good trips” as well as “bad trips.” “Good trips” bring on feelings of expansiveness, visions and distorted visual perceptions.

“Bad trips” entail a host of side effects, some of which include:

LSD use has also been known to trigger underlying psychological problems, such as paranoia delusions and even schizophrenic symptoms.

Other drugs appearing on the list of hallucinogens include:

Psilocybin, the active ingredient in certain mushroom breeds, produces varying types of perceptions and sensations that differ from setting to setting in terms of where a person uses.

Peyote buttons come from the crown of the peyote cactus plant. Mescaline acts as the active ingredient in peyote buttons. This drug causes users to experience hallucinations, fluctuations in time and feelings of anxiety.

PCP, a white crystal-like powder, has sedative and anesthetic effects creating a trance-like state that resembles an “out-of-body” experience. Like other drugs on the list of hallucinogens, PCP effects can vary from dose to dose with some doses causing toxic and even fatal results.