Hallucinogens offer a different experience for each person. Many teens try hallucinogens because they are simply curious about what the drugs do and how they feel when you use them.

Teens doing hallucinogens often try to persuade to try them. Although teens will be tempted to try hallucinogens through peer pressure, ultimately they have to have another reasons such as hanging out in a place where hallucinogens are popular such as raves or dance clubs. 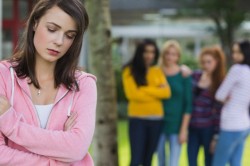 Teens may start using hallucinogens due to peer or societal pressure.

There is a tremendous amount of societal pressure on teens. Movies, songs, and other forms of media glorify and popularize different drugs. Hallucinogens are among them. Movies made about the rave culture and kids having fun on drugs often help to push teens in the direction of hallucinogens.

Teens are rebellious by nature. All of the anti-drug and other propaganda, particularly when these are found to be sometimes false claims, push teens to try the very thing they are warned about. Although some of the information is wrong because the drugs were not studied properly, most of the dangers of these drugs are not exaggerated.

Enhanced sensation just like euphoria is a powerful motivator to for teens to try hallucinogens. They hear of or experience these sensations when many things are new to them. The new freedoms they have make many things like this tempting.

Some teens use hallucinogens just for fun. They like the experience that they have while they are on it and use them for it. They use them purely for recreation.

10. Due to Psychological Addiction

Some teens find hallucinogens attractive because they have become psychologically addicted to them. This addiction is very severe and difficult to beat. It takes specialized training to help someone with a psychological addiction. To find a treatment center with this training call us at 800-592-1193 (Who Answers?) .