These short term side effects are often not incredibly severe but in some cases they can be extremely dangerous. Many of these short term effects can lead to long term damage. 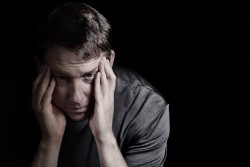 Hallucinogens can cause memory loss and permanent hallucinations.

Not all of the negative long term side effects of all hallucinogens are known. Study of hallucinogens was stopped in the 1970s and 1980s when they were classified as having no medical benefit by the government. Those that are known can range from mild to devastating. These side effects are:

These effects are long term and often debilitating. They can last a few months to a lifetime. Although lifetime effects are rare every person who uses hallucinogens takes the chance of developing them.

Being caught with an illegal hallucinogen, like LSD is a serious crime. There are many people who do not understand the legal penalties for just a few pills or hits of a hallucinogen. Most think that it is a relatively simple matter but some hallucinogens can carry hefty fines or a prison sentence. Even though some hallucinogens are now being studied in a medical respect most still carry a nasty penalty.

Where to Find Help for the Effects of Hallucinogens