In many ways, PCP is an extremely dangerous hallucinogen, and perhaps, could be the most dangerous of the drugs in its class. However, there are many dangers associated with other hallucinogenic drugs that should not be overlooked. If you are looking for a safe, reliable rehab program for hallucinogenic drug addiction, call 800-592-1193 (Who Answers?) today.

The Dangers of PCP

PCP is one of the more dangerous drugs available. According to the National Highway Traffic Safety Administration, though, “PCP is currently a Schedule II controlled substance.” In spite of this, it is important to be aware of the issues the drug abuse can cause and how dangerous it can be when abused.

As stated by the Center for Substance Abuse Research, “Doses of less than 5 mg may produce milder effects, while doses of 10 mg or more may lead to more intense and erratic behavior.” Behavioral and physical effects associated with PCP abuse can range from mild to severe and include: 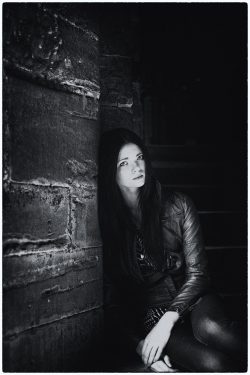 Dissociation, paranoia, and depression are side effects of PCP abuse.

In addition, unlike many other hallucinogens, PCP can cause addiction if abused frequently and in large doses. Dangerous and even deadly withdrawal symptoms can occur, and a person who abuses the drug consistently is likely to need treatment. Also unlike most hallucinogens, which usually only cause deadly effects as the result of the behavior of the user, PCP can create erratic and dangerous behavior as well as convulsions, coma, and death as the result of an overdose.

If you have only used PCP infrequently––or been given the drug once or twice––it is likely that you are not addicted. However, if you use it frequently, experience withdrawal symptoms when you stop using the drug, and crave it to the point where you will seek out the drug to your own detriment, you are likely addicted to it.

You will need treatment in order to stop abusing PCP, as the addiction syndrome associated with this drug is severe and extremely intense. In addition, using PCP consistently can often cause severe psychological effects, so it is important that you seek treatment for these as well.

PCP abuse can cause a number of problems, including addiction, depression, memory loss, weight loss, and difficulty thinking or speaking. According to the US Department of Justice, these issues often persist for a year or longer after the individual has stopped abusing the drug.

This is one reason why it is so hazardous and, often, considered to be the most dangerous hallucinogenic drug. However, it is still important to remember how dangerous other hallucinogens can be as well.

Remember: Other Hallucinogens Have Dangers Too

Abusing any type of hallucinogen comes with risks. While LSD, peyote, and psilocybin are not considered to be addictive by the Drug Enforcement Administration, these drugs can still cause intense behavioral effects that can be often be deadly.

In addition, someone who abuses MDMA can also become addicted, and any of these substances can cause psychological issues after they are abused for some time, including hallucinogen persisting perception disorder, persistent psychosis, or severe depression.

If you believe you have a problem with any type of hallucinogenic drug, it is important to seek help. All of these drugs can leave serious wounds, and if you are worried you are experiencing the negative effects of any of the substances mentioned above, seeking help can allow you to make a change for the better.

Seek Treatment for PCP and Other Substance Abuse Issues Today

Call 800-592-1193 (Who Answers?) today, and let us match you with the best rehab program for your needs. You can begin a journey of recovery and healing today and make a change for the better in your life.