Mescaline’s primary effects work to distort the mind’s perception of reality. Once ingested, the effects of mescaline interfere with cognitive and emotion-based processes by triggering the release of neurotransmitter chemicals throughout the brain.

Mescaline produces strong hallucinogenic effects, leaving users completely unaware of their surroundings. According to Columbia Health, a dose as small as .3 grams can bring on hallucinatory experiences that last for up to 12 hours. Over time, mescaline compromises a person’s physical and psychological health in dangerous ways.

If you or someone you know uses mescaline on a regular basis, here are 10 effects of mescaline you should be aware of –

Once a person starts experiencing withdrawal effects of mescaline, the body has developed a physical dependence on the drug’s effects. With frequent and ongoing drug use, physical dependence develops as the brain chemical functions start to breakdown.

With continued mescaline use, brain cell sites lose their sensitivity to the drug’s effects. This too can bring on withdrawal symptoms unless a person increases the dosage amounts along the way.

In the process, the brain develops an increasing tolerance for mescaline. These interactions drive the abuse and addiction cycle. Tolerance levels will continue to increase for as long as a person keeps using. 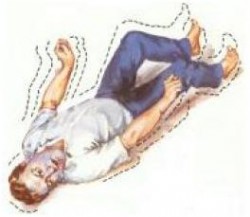 One potential effect of Mescaline is seizures.

Over time, mescaline withdrawal effects become more and more intense and happen with greater frequency. Here are five of the most often experienced physical withdrawal symptoms:

The psychological effects of mescaline lie at the heart of the drug’s addiction potential. Any drug able to alter brain chemical processes can leave lasting effects on a person’s overall psychological make-up in terms of his or her thinking patterns, priorities and motivations.

A mescaline-induced high can last for up to 12 hours. During this time, incredibly large amounts of neurotransmitter chemicals course through the brain. With frequent drug use, the effects of mescaline essentially carve out new chemical pathways in the brain.

Under these conditions, psychological problems can easily take root as brain chemical imbalances underlie most all forms of psychological disorder. Over time, mescaline effects leave users with a diminished functional capacity as the drug all but destroys vital communication channels throughout the brain.

Here are five psychological effects of mescaline to watch out for:

Chronic long-term mescaline users face a high risk of developing a condition known as hallucinogen persisting perception disorder. People affected by this condition experience recurrent flashbacks of past drug “trips.” Flashback episodes can happen at any time making it difficult to function in everyday life. At this point, the effects of mescaline have caused considerable brain damage.