When looking for information on drugs, you will find the word tolerance a lot. This is because it is one of the first signs of addiction, and is something that has to be dealt with whether the drugs involved are illegal or prescription.

Hallucinogens have a false stigma that makes them seem safe and not at all like other drugs. This is patently untrue and has contributed to the rise in hallucinogen abuse and its consequences. But, what is substance tolerance and does it occur when using hallucinogens?

According to the National Institute on Drug Abuse, tolerance occurs when a drug is used multiple times and the user’s body becomes accustomed to it, reducing its effectiveness.

In other words, you need to take larger and larger doses in order to achieve the same feeling. Tolerance is considered to be one of the first signs of drug addiction, and indicates a need to seek substance abuse treatment.

What are Hallucinogens and What do They Do?

According to the University of Pennsylvania, hallucinogens are illegal drugs that alter a person’s perceptions, mood, and sense of reality. Some of these include: 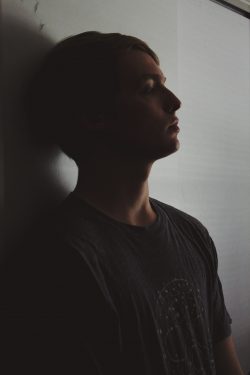 Developing a tolerance to hallucinogens is often a precursor to addiction.

All of these hallucinogens work similarly by altering or disrupting neurotransmitters in the brain. They also have similar consequences, such as:

These consequences just go to show how dangerous hallucinogens can be and prove the need for treatment. Call 800-592-1193 (Who Answers?) for treatment options regarding hallucinogen abuse and addiction.

Relationship between Tolerance and Hallucinogens

This creates a situation where hallucinogen users are at greater risk of using too much of a drug that can have widely varying and dangerous side effects. Additionally, while most hallucinogens are not known to be addictive, PCP is highly addictive. Also, psychological dependence on hallucinogens is very common, particularly among those that also have a mental illness. These dangers create a very real need for substance abuse treatment.

Why Treatment is Necessary

The unpredictable and often disastrous effects of hallucinogen abuse have the very real potential to cause serious injury or death. Even if you have used hallucinogens many times with no ill effects, there is no guarantee that your next trip may not be your last. When combined with the fact that many negative consequences of hallucinogen abuse may not surface months or years, it is imperative that you stop using them immediately.

The best course of action for you to take if you have abused hallucinogens is to seek substance abuse treatment. Though there are no medications for the treatment of hallucinogen dependence, behavioral therapies and counseling have been shown to be very effective in reducing relapse and reducing the risk of harmful side effects. Call 800-592-1193 (Who Answers?) today and allow us to assist you in finding the treatment that best fits your needs.